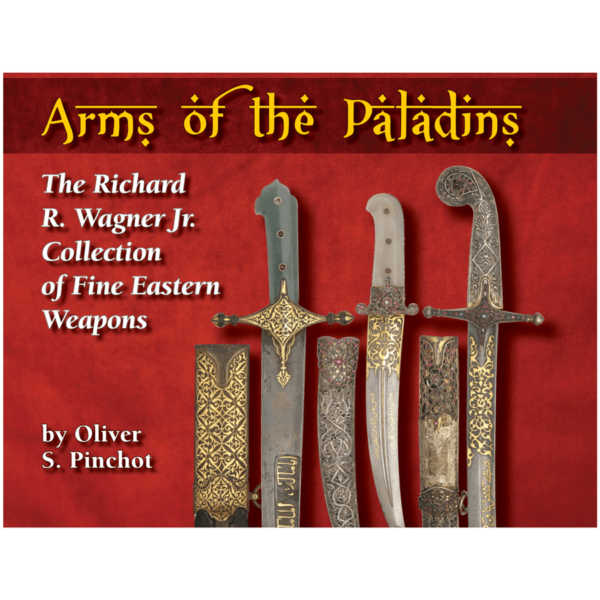 Arms of the Paladins by Oliver S. Pinchot

For almost 40 years, Wagner has been assembling a Wunderkammer, that chamber of wonders that was the special passion of Enlightenment rulers whose appreciation for art and learning have become the basis for so many of the best museums in the world. His collection has been published here with stunning photographs and accurate accompanying notes.

Richard Wagner began collecting in the 1970s, at which time there were a great many more examples on the market than there are now, in the second decade of the 21st century. It should not, however, be assumed that pieces of the quality found within these covers were simply lying about in antique shops and at gun shows — any collector who was active at that time will emphatically confirm that they were not. Yet perseverance and an unfailing eye for rich embellishment served Richard well. Keep only the best, became his credo. And he did!

Be the first to review “Arms of the Paladins by Oliver S. Pinchot” Cancel reply