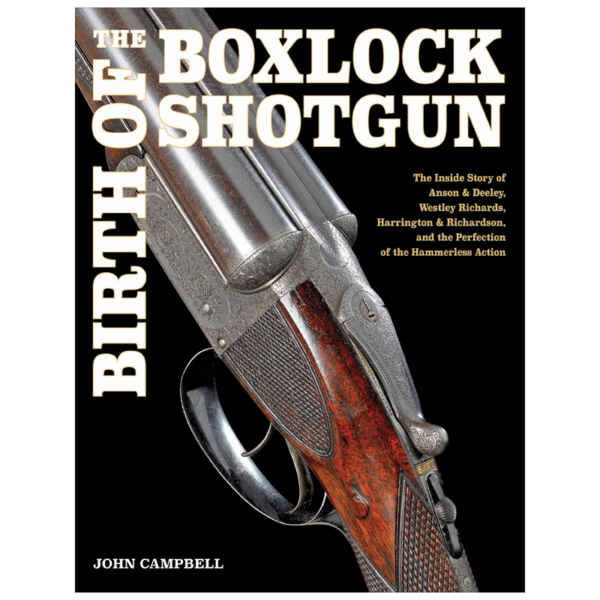 The Birth of the Boxlock Shotgun by Campbell

The Birth of the Boxlock Shotgun–The Inside Story of Anson & Deeley, Westley Richards, Harrington & Richardson, and the Perfection of the Hammerless Action by John Campbell

The story of three 19th-century English gentlemen and the guns they made and how these remarkably creative men sired a shooting heritage that most of us take for granted today. They were amazing craftsmen, businessmen, and artists. But like all of us they led personal lives fraught with hope, tragedy, victory and defeat. What caused the brilliant engineering alliance between William Anson and John  Deeley to devolve into a seemingly obscure end? The surprising answers, and more, can be found in this book–much of it previously unknown, and unpublished. It all adds up to a mesmerizing tale of genius, ambition, triumph and travail!

EXPECTED TO SHIP THIS SUMMER.