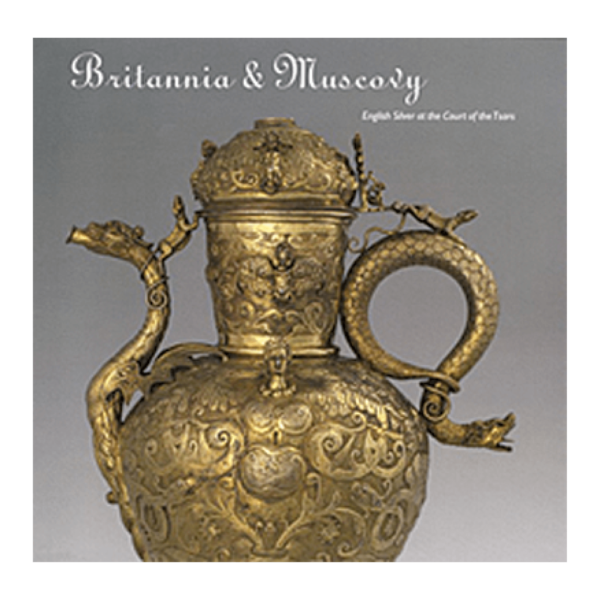 Britannia & Muscovy: English Silver at the Court of the Tsars by Brian Allen & Irina Zagarodnaya

Catalog of an exhibit held at Yale University. While many of the items in this book will be of little interest to most gun collectors, it is the 19 pistols and longarms that make the book a “must have” for collectors of early English guns.

Britannia & Muscovy accompanies an exhibition of thirty objects from the exceptional collection of English silver in the Moscow Kremlin Museums, where the world’s greatest surviving group of English sixteenth- and seventeenth-century silver is housed. Much of the silver from this period was melted down during the English Civil War, making the pieces at the Kremlin exceedingly rare and historically important.

The silver items-a large water pot with snake-shaped handle and spout, a flat drinking cup, a magnificent flagon shaped like a leopard, and more-exemplify the developing ties between England and Russia. Some pieces were brought to Russia as diplomatic gifts, some were presented by English trading agents, while others were purchased for the Tsar’s Treasury. Setting these silver treasures in fuller context, the catalogue also features precious objects made by Russian craftsmen, a group of English firearms from the Kremlin collection, and portraits, engravings, books, and maps that illuminate the important diplomatic and commercial exchanges that were taking place between the two countries.