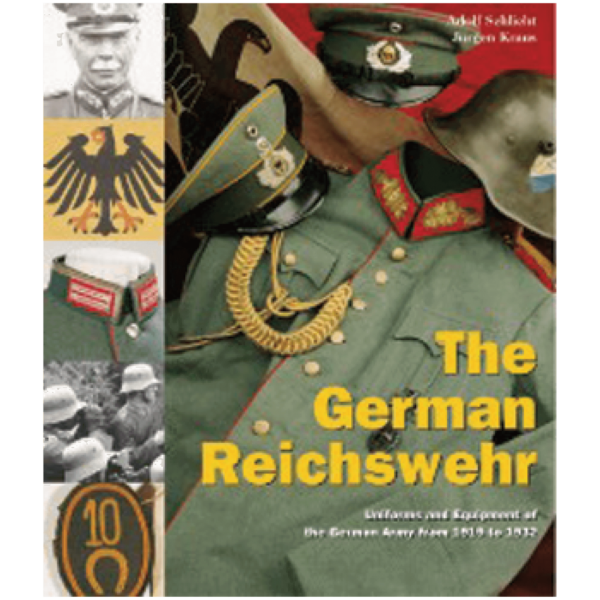 The German Reichswehr: Uniforms and Equipment of the German Army from 1919 to 1932 by Adolf Schlicht & Jürgen Kraus

Learn about the origins of WWII German uniforms. For the first time this illustrated volume describes and shows in detail the entire clothing and equipment of the German Army from 1919 to 1932. More than 1,000 photographs and illustrations show the appearance of the German Reichswehr, which developed in the Weimar Republic immediately after WWI and whose uniforms and items of equipment were still in use up to the Second World War.