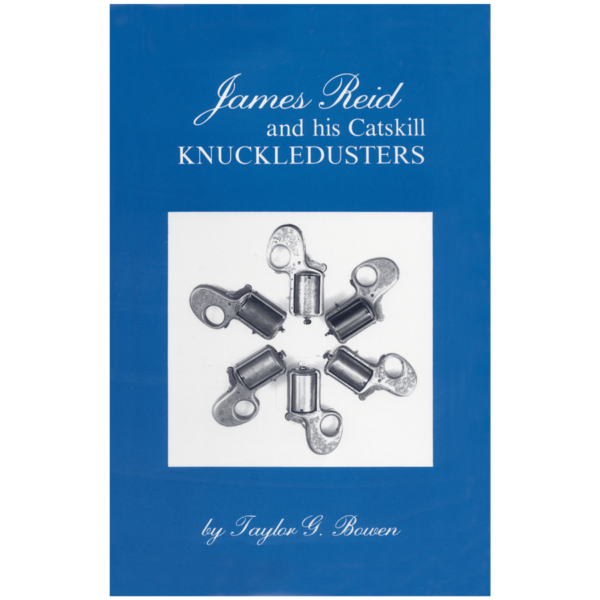 James Reid and His Catskill Knuckledusters by Taylor Bowen

James Reid and His Catskill Knuckledusters by Taylor G. Bowen

A definitive study of the important but little-known maker of the percussion and early cartridge era. A detailed history of James Reid, his factory in the picturesque Catskill Mountains, the pistols which he fabricated there (in all their complex variations) and the inexorable economic forces which eventually brought production to an end. Also included are analyses of the oft’ misunderstood non-knuckleduster guns made by Reid, including those made in New York City, a history of knuckleduster firearms, and a study of Reid’s copyists.