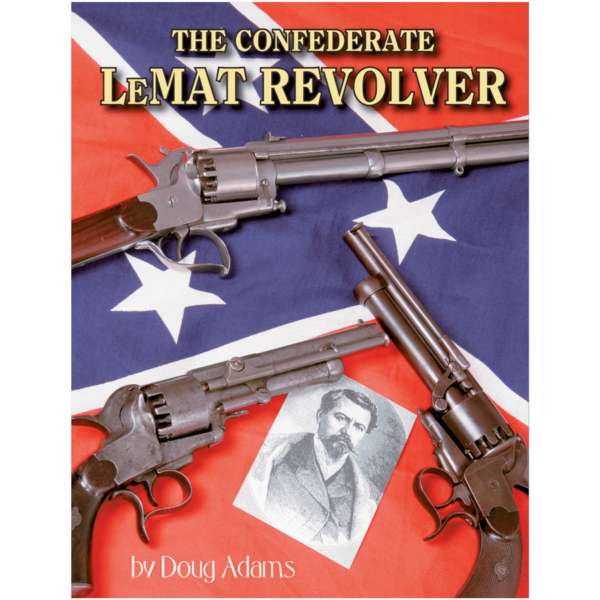 The secret weapon of the Confederacy? The LeMat Revolver has always held a special place in the hearts of Civil War enthusiasts. No other weapon is so emblematic of the Confederacy. The LeMat wasn’t just a revolver — in addition to its bullets, it packed a unique last ditch wallop in the form of a shotgun blast from under the barrel.

Begun as a partnership between Alexander LeMat, a French inventor from New Orleans, and P.G.T. Beauregard, a highly prominent Confederate officer, the LeMat revolver project quickly became a tale of international intrigue and espionage worthy of a spy novel. Operating from Southern port cities, European capitals and Caribbean islands, LeMat and his associates gave the Confederacy a “French Connection,” not just to supply revolvers, but to aid the Rebel cause through supplies, financial shenanigans and propaganda.

This exciting  book describes LeMat’s wartime adventures aboard blockade runners and alongside the famous leaders of the Confederacy, as well as exploring, as never before, the unique revolvers that he manufactured for the Southern Cause.