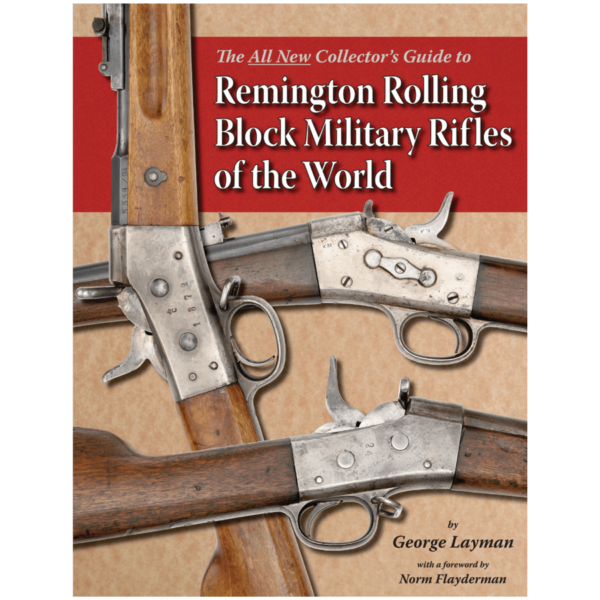 Remington Rolling Block Military Rifles of the World by Layman

Your country-by-country identification guide to the Military Rolling Blocks of the U.S.A. and the world! Startling new research reveals the long-lost secrets of the Remington Rolling Block while correctly identifying and explaining more than fifty rifle models that have never been identified before. Shows you the markings and features that turn “just another rolling block” into a true collector’s prize! Clearly lists and illustrates correct original features and finishes so you can tell a valuable rarity from a nearly worthless parts gun. It’s amazing!