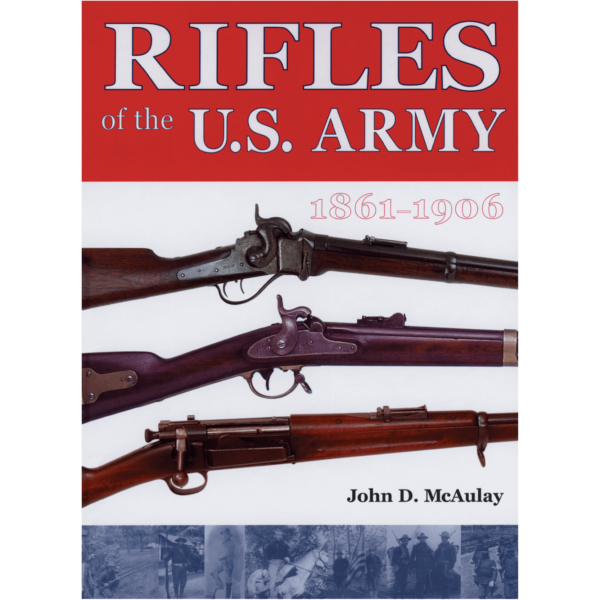 Rifles of the U.S. Army by McAulay

There have been several excellent books written about the manufacture of rifles for the U.S. Army from the time of the Civil War to the early 20th century. However, few of these books have focused upon what happened to these rifles after they were issued. This exciting book by renowned authority John McAulay fills this gap. It gives the reader detailed coverage of the issue and actual field service of America’s fighting rifles, both in peacetime and in war, including their military service with the infantry, artillery, cavalry and engineers. Calling upon his thousands of hours of research in the National Archives and elsewhere, the author will show you how these rifles fared in field tests, what their strengths and failings were, which units carried them and how they performed in battle. When possible, actual serial numbers and other exciting details have been included, which are sure to thrill collectors and historians. One feature that all readers will value is the impressive number of historical photos, taken during the Civil War, the Mexican War, the Indian Wars, the Spanish-American War, the Philippine Insurrection and more, showing these rifles in the hands of the men who fought with them.

Be the first to review “Rifles of the U.S. Army by McAulay” Cancel reply