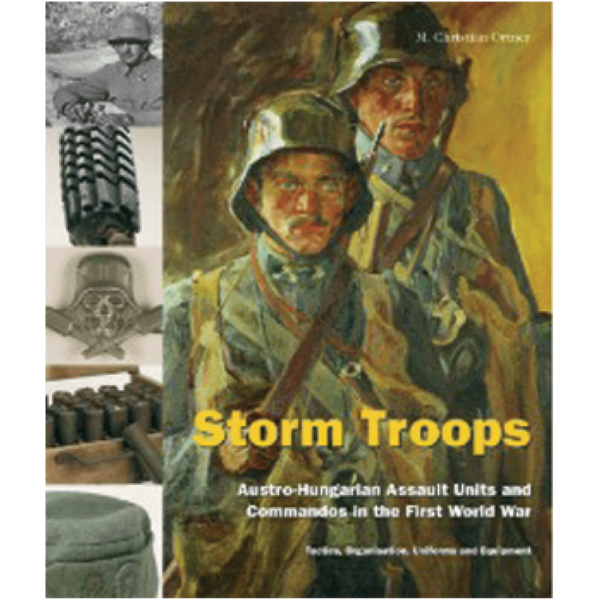 The assault troops ranked among the elite units of the Austro-Hungarian army and permanently influenced the image of the soldier in the static and trench warfare of the First World War. In trench warfare, they had the assignment to remove enemy obstacles and to eliminate sentries in hand-to-hand combat with hand grenades or with daggers and clubs, thus enabling following attacking troops to reach their objectives. Equipped with steel helmets, shortened rifles and hand grenades, supported by machine guns, submachine guns and infantry guns, the assault trooper of the First World War ultimately epitomised the ‘modern’ soldier of the twentieth century. This impressive and lavishly illustrated volume comprises 320 pages and shows the operational tactics, battle doctrine, organization, uniforms and equipment of the Austrian assault troops in the First World War in more than 850 contemporary black and white and current full color photographs. Clear views of submachine guns, machine guns, trench mortars, infantry guns, flamethrowers and signals equipment provide an impressive overview of the arms and equipment of the elite of the k.u.k. army. These rare artifacts were mainly drawn from the inventory of the Heeresgeschichtliches Museum Vienna. The book devotes a long chapter to Austrian assault troop badges. It shows not only their genesis, but also illustrates more than 100 assault troop badges as originals and on photographs of their wearers.