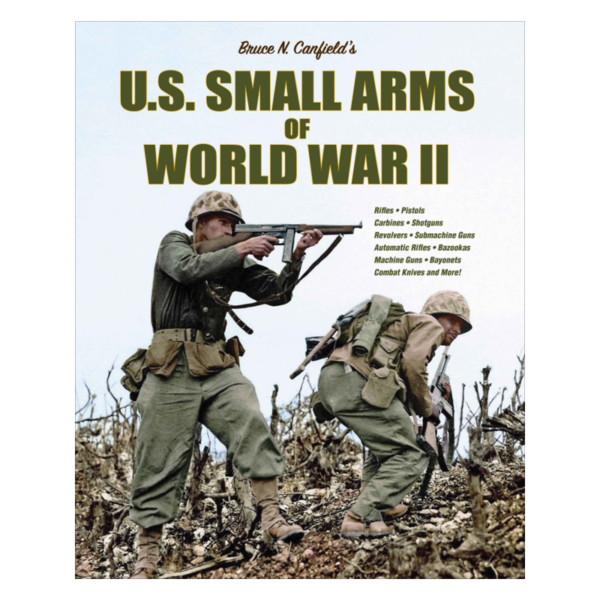 If it could be carried into battle it’s in this book! Comprehensive, full-color guide to the American infantry weapons of WWII. Included are all the small arms and light weapons that saw combat with the Army, Navy and Marines, as well as the many earlier models that led to their development. More than 2,000 color photographs depict all the fascinating details of the arms themselves, while a large selection of vintage photos show them in action in the hands of the troops. No book of this scope has ever been attempted before! We cover rifles, pistols, revolvers, combat knives, bayonets, bolos and machetes, carbines, shotguns, submachine guns, automatic rifles, machine guns, anti-tank rifles, bazookas, recoilless rifles, grenades and their launchers, mortars and flame throwers.

EXPECTED TO SHIP LATE MAY.

Be the first to review “U.S. Small Arms of World War II by Canfield” Cancel reply