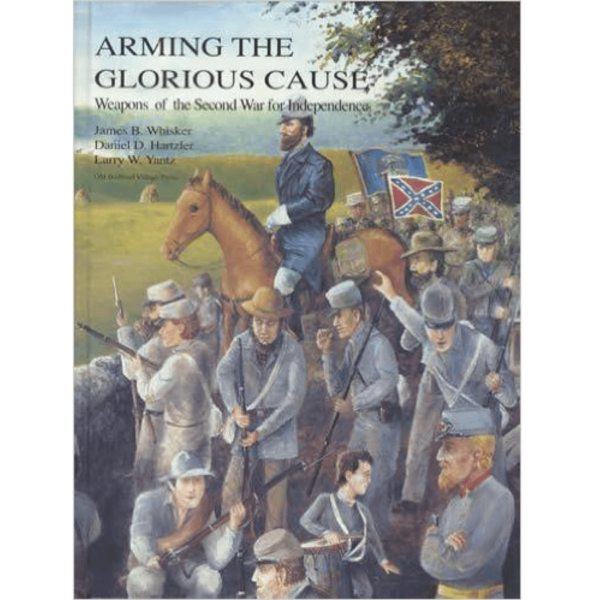 Arming the Glorious Cause

Arming the Glorious Cause: Weapons of the Second War of Independence by James B. Whisker, Daniel D. Hartzler, and Larry W. Yantz

Confederate guns were made by diverse industries who became improvised gun makers. This title assists with correct identification via hundreds of large, close-up photos.

When the hostilities began in 1861, the individual Southern states issued a call for weapons to arm their troops. All types of weapons were sought. By authority of the Confederate government, seizure of Federal armories within the seceded states was an immediate source. Arms from abroad were eagerly sought, but the heavy Union blockade would soon limit this avenue. Young patriots enlisted and, with not enough weapons, were encouraged to bring their own. Arms from the Kentucky rifle and double-barreled shotguns to single-shot pistols and knives were pressed into immediate service.

This publication illustrates the ability of those in neighboring industries to join the few gunsmiths in an all-out effort of arms productions. The South was not an industrialized society, having neither the material resources nor the man power of the North. Most operations were on a small scale and their output was limited. The realm of Confederate firearms was a broad scope, but today specimens are scarce and they are limited by rarity. Because of today’s increasing high values there is no common Confederate gun, almost all were in service and surviving examples in any condition are few and very desirable.

Arming the Glorious Cause is about primary Confederate firearms, but included are some secondary pre-war muskets, rifle-muskets, rifles, carbines, and pistols. Also pieces by Southern makers or agents, authentically inscribed captured firearms, along with a sampling of bayonets, swords, and cannons are wonderfully illustrated. The workmanship and quality of material is not commensurate with those manufactured in the North or in Europe. Bear in mind that some are awkward in appearance, while others are primitive and are sparsely or poorly marked.

Be the first to review “Arming the Glorious Cause” Cancel reply