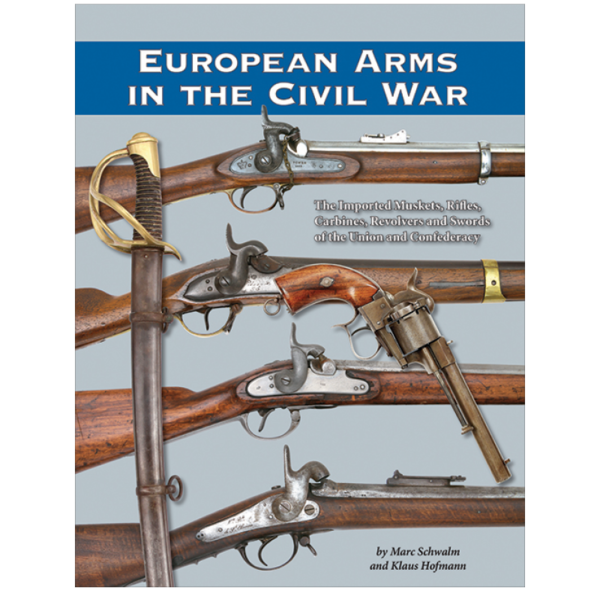 European Arms in the Civil War by Schwalm & Hofmann

During the American Civil War, a surprising number of troops were armed with European weapons. The Union depended upon them heavily at least through the battle of Gettysburg, and the Confederacy relied upon these arms for the entire duration of the war. The authors use thirty years of experience to answer the question of which European weapons were used in the Civil War – and which were not. The result is an identification guide that shows what to look for and what to avoid in this challenging and intriguing field of collecting.